Hope Marches On: Three stories to make you smile

Hope Marches On is a story series featuring real-life examples of how your donations to The Salvation Army help local people and families overcome food insecurity, eviction, inflation, and other hardships caused by the pandemic. 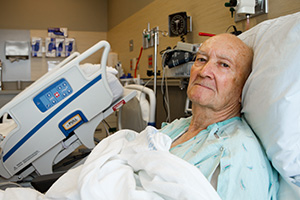 A medical emergency caused a senior citizen’s life to snowball out of control. The man had been hospitalized, which caused him to miss a utility payment, which caused his electricity to be shut off, which caused all the food in his fridge to spoil.

Thanks to our donors, The Salvation Army was able to get the man back on track. We paid his small utility bill to have his electricity restored, and provided groceries to restock his fridge.

“We also offered cleaning supplies so that the man’s friend could clean his fridge,” said a Salvation Army caseworker named Alisa. “This man was so grateful for the assistance he received.” 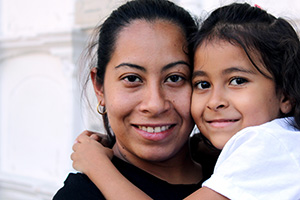 Your donations to The Salvation Army helped a homeless single mother stabilize and build a life for her family.

When we first met the mother, she had nothing. A Salvation Army caseworker named Kayla helped the mother find permanent housing and an employment opportunity to become a phlebotomy technician.

After months of training, the mother passed her phlebotomy exam, found a job at a local hospital, and bought a car.

“This woman is a true success story,” Kayla said. “I cannot wait to see what goals she accomplishes next.”

Try Walking in His Shoes 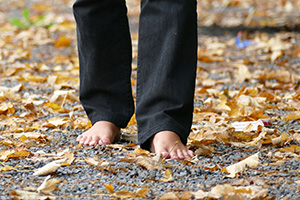 A middle-aged man wearing no shoes came to The Salvation Army in need of food. A staff member gave the man the sandals off his own feet, along with a bag of groceries and a voucher to purchase shoes at a Salvation Army Store.

Weeks later, the man returned to thank the staff and show them the shoes he picked out at the store.

“The Salvation Army was kind and generous to me,” the man said. “I was greeted with smiling faces and no judgement.”

You can do something good this holiday season by donating to The Salvation Army, volunteering, or ringing bells at a Red Kettle. Your help will provide food, shelter and care for local families in need. Because of you, Hope Marches On.

* All photos in this story are illustrative.