Donations in Action is a regular series about how your gifts to The Salvation Army Northern Division help people and families in Minnesota and North Dakota. The stories below provide examples of how our staff, volunteers, donors, and partners are making a positive impact during these uncertain times.

Please join us by giving a donation. Your gift will provide food, shelter and care for people most in need. 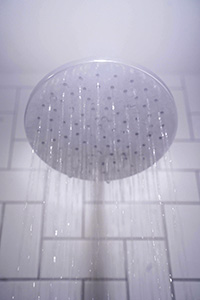 Last fall, a man in his 50s called to ask if he could take a shower at our social services office in the northern Twin Cities suburbs. Our caseworker told him to stop by anytime.

When the man arrived, he said he hadn’t showered in six months. He said he’d been cleaning himself in nearby lakes.

We later came to know that the man lives in his car with his two faithful dogs that never leave his side. He cares for the dogs as a mother cares for her children, often sacrificing food for himself so that the dogs don’t go without.

Ever since the man’s first shower at The Salvation Army, he has come back often.

“Now that this man knows he is welcome to clean up here, he joyfully schedules a time to come in regularly,” our caseworker said. “Thankfully, this man has been able to keep his vehicle warm enough for him and his dogs to survive this brutal winter.”

A troubled mother came to us, panicking, after she lost custody of her child last summer. She asked The Salvation Army for help in learning how to live right and get her child back. 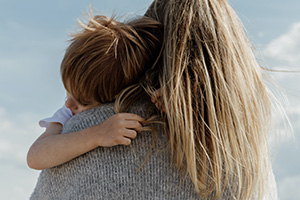 One of our caseworkers got involved immediately. During the next six months, the caseworker helped the mother obtain a good-paying job, stable housing, and substance abuse treatment, along with mental health services and help with parenting skills.

The mother and child were reunited several weeks ago. The mother is committed to living a clean and productive life so that she never loses custody of her child again.

“It has been inspiring to see this mother’s progress,” the caseworker said. “We are thrilled to continue supporting her after everything she has overcome.”

An elderly couple recently came to us for help in solving a difficult and complicated problem caused by the pandemic: The couple’s two adult children had lost their jobs and needed to move in with them, but the couple could not afford it.

The old man and woman did not know what to do. They lived on a small fixed income and didn’t have extra money to feed the entire family. They had never needed help before and didn’t know where to turn.

To the couple’s surprise, they discovered they could receive all of the food they needed at their local Salvation Army food pantry, along with hygiene supplies for the entire family.

When the couple arrived to pick up their food and supplies, the woman was in tears. She said it’s a blessing that people are willing to help each other through the work of The Salvation Army.

“I'm thankful for everything that you gave out,” the woman said. “God is watching out for His people.”

Please join The Salvation Army by giving a donation or signing up to volunteer. Your help will provide food, shelter and care for people and families most in need.