All donations doubled in the Twin Cities

You can help struggling families win by giving to The Salvation Army Dec. 20-24, when all donations will be doubled in the Twin Cities. Give now. 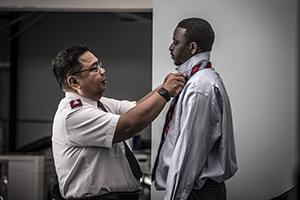 By supporting The Salvation Army, you will give joy and dignity to those battling against poverty. Your gift will put food in their stomachs, clothes on their back, a roof over their heads, and hope in their hearts. Read success story.

Your gift will also help the Twin Cities Salvation Army to reach its Christmas fundraising goal and make up for lost ground. Lately, donations have been lagging due to the late Thanksgiving and shortened shopping season.

“This matching opportunity comes at a critical time, when donations to red kettles are short nearly $350,000 compared to last year,” said Lt. Col. Lonneal Richardson, leader of The Salvation Army Northern Division. “With help from the Twin Cities community, we can get back on track and reach our Christmas fundraising goal.” 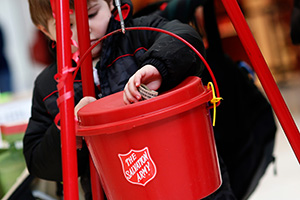 Here are five easy ways to double your donation Dec. 20–24:

Up to $1 million in matching funds are available thanks to a generous group of individual and corporate donors.

How your donations help

The true stories below are real-life examples of how the Twin Cities Salvation Army helps people win: 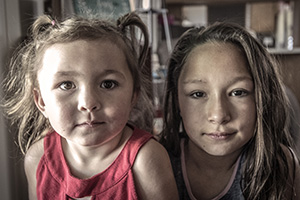 Every so often The Salvation Army assists grandparents who are raising their grandchildren. But this was a first: A great-grandma, in her 80s, raising two great-grandkids. This incredible woman was energetic, purpose-driven, and determined to provide for the children. But she could not handle every financial demand that comes with raising two young kids. Thankfully, The Salvation Army was able to help the woman by paying a portion of her heating bill. This assistance will keep the woman and her great-grandkids safe and warm during the cold winter ahead.

In shambles no more 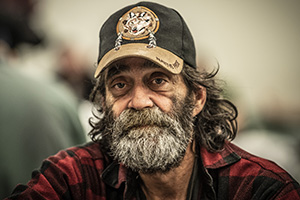 A man in his 50s came to The Salvation Army in shambles. He was dirty, sweaty, tired, and discouraged. He’d been homeless for a long while, sleeping in his truck. We assured him that he was loved and everything would be OK. We then began helping him search for housing, and soon we found a modest apartment that fit his limited income. The next morning, the man called us and said he was approved to move in. He was ecstatic. We were honored to share the message of God’s love with this man and help him write the next chapter of his life. 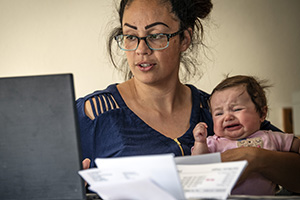 A single mom with a baby needed The Salvation Army’s help after she’d experienced setbacks that were beyond her control. Her problems started when her baby was born prematurely, forcing her to take an extended leave of absence from work. She spent weeks in the hospital and fell behind on her bills. By the time she could work again, too much financial damage had been done and she was facing an eviction. Thankfully, The Salvation Army was able to pay a substantial portion of the woman’s past-due rent. Now she is back on track and ready to move forward.

Thousands of hardworking families are battling poverty in Minnesota and North Dakota. You can help them win by donating now or becoming a bell ringer. Join The Salvation Army this Christmas season and #FightForGood.